Did Brian Have to Die? 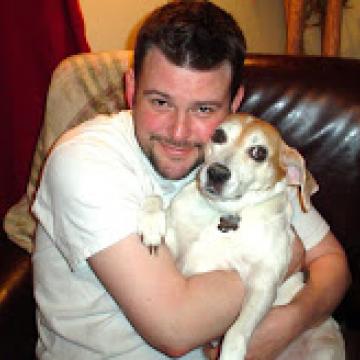 On May 28, 2009 at 8:45 in the morning, I found my partner of 15 years dead. He was in the bed face down still holding a can of computer duster in his hand. He had been dead several hours and there was nothing anyone could do. Cause of death: Difluoroethane-Toxicity.

Brain had battled depression and alcohol addiction all through our relationship. He always had therapy, medication and completed an inpatient program in Atlanta where I thought he was on the path to sobriety. He stopped going back to AA and within six months he started beer, then whiskey and finally to ordering medications on-line [Tramodol]. Brian’s life came crashing down on January 13, 2009, when he arrived to work after drinking and over-medicating. He was sent home and received a DUI on his way back to our residence. After seeing the police video, I saw a change in Brian’s attitude about his addictions. I noticed he rapidly slowed on his drinking and stopped ordering medications on-line. A glimmer of hope filled my heart, but that was shattered when I found out he had started huffing computer duster. He had not stopped self medicating, only swapped the method. Utilizing the internet, I printed everything I could for Brian to read about the dangers of huffing. I showed him videos on YouTube of how people acted when huffing. I even used my digital camera to capture a horrific episode where he was hallucinating. Nothing could stop his craving for more computer duster and the high he was getting. We talked, I begged, but the Brian I knew was no longer in control.

I am fully aware that Brain owned his addictions and is responsible for his actions and ultimate death, but did he really have to die? I ask this question because of what I write in the next few sentences. Every effort has been made to set aside my anger and felling of helplessness, but these next few words are for the Medical Community; EMT’s, Doctors, Emergency Rooms, Psychiatrists, and Outpatient Behavioral Staff. Please become more educated on Huffing Addiction – especially the chemical contents, the proper medical assessment, psychological assessment and treatment of both. You see, I took Brian to the Emergency Room in Atlanta – He wanted help. Brian had developed a rash all over his extremities and was itching; he said his bones hurt and his muscles were aching. At the emergency room everything was explained on what Brian was doing – huffing compressed gas [computer duster]. The treatment given was Benadryl for the itching, Atavan for the anxiety and prednisone for the swelling of the rash. He also was given a psychological assessment and set up for Outpatient Treatment.

Brian followed up with his primary care physician concerning his symptoms and she was also told about the huffing computer duster. The primary care physician consulted with Brian’s psychiatrist [who already knew about the huffing] and together they thought he might be having reaction to his prescribed medications. They stopped his anti-depressants and mood stabilizers to see if the rash would go away. They actually did not believe the huffing was the cause of his rash. Four days before Brian died; he called an ambulance because his heart was racing out of control. He was transported to the same Atlanta hospital, medically assessed and told to wait in the waiting room. When I arrived Brian told me one of the EMT’s told him the computer duster was just compress air. Brian chuckled at what was the apparent ignorance of the EMT. We both knew it was refrigerant. This second visit to the emergency room Brian was only treated with Atavan. While waiting for the test results I called the Behavioral Health Unit [during normal office hours] and begged for someone to come and intervene. The nurse remarked while I was in the room that he would have another psychological assessment. It did not happen. The doctor came in the room and told Brian that what he was huffing was refrigerant and that the hospital could not even test for chemical. She told him if he continued huffing it would kill him. It did.

So I ask again, did Brian have to die? He was under the care of a primary care physician, psychiatrist, two emergency room visits, one psychological assessment and been assigned to outpatient therapy. Each and every medical professional knew Brian was huffing computer duster and the most they could, or would, do was say stop or it will kill you. The EMT did not know the computer duster was more than just compressed air. Brian’s primary care physician actually called to offer her condolences and admitted she was not aware the chemical that Brian was huffing was refrigerant. His psychiatrist sent me a sympathy card. The Behavioral Health Unit will not talk to me on the advice of their attorney’s. I feel the medical profession requires more education and knowledge of the addiction to computer duster. Only after there is knowledge can effective treatments be offered to patients like Brian; who in a final act of desperation, show up at the hospital wanting help.