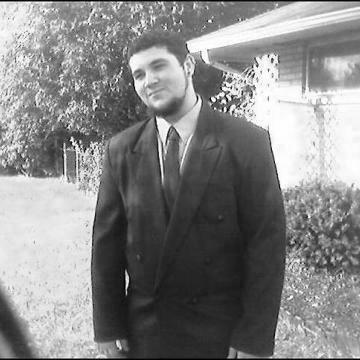 I'm working on putting together the story of my son's struggle with addiction, but it's still in progress. We learned of Matt's inhaling refrigerant from the parent of one of his friends during the summer of 2004, when he turned 13 years old.

During that summer, we had an issue with our air conditioning unit in the house that we rented, so we called maintenance. The contractor that came out to work on the unit said that our refrigerant was gone and the cap to the refrigerant release valve was missing. We had no idea what had happened to the cap or the refrigerant. He suggested that we maybe had a leak, so he refilled the refrigerant. We had the same problem a week later, and he had to come back and refill our refrigerant again. We still had no idea.

Then, a few weeks after our A/C unit had been repaired twice, while my husband and I were at work, Matt had a friend over, and he told the friend to come outside because he had something that he wanted to show him. Well, Matt went ahead and inhaled some of the refrigerant from our unit, and asked his friend to try. His friend made a good choice and said, No! Well, Matt kept inhaling the refrigerant. After a little while, his friend described what happened as "Matt passed out and was flipping around like a fish out of water." His friend didn't know what to do, so he turned on the water hose and sprayed Matt with the water. I can only guess that the cold water jolted his body back to reality?!?!

His friend then left, and the incident bothered and upset him so much that he told his mom what had happened. She called me right away and told me the story. It was absolutely terrifying to have my friend call me and tell me what her son had witnessed! After looking on the internet for anything I could find on refrigerant inhaling, we discussed this with Matt. Once we showed him the reality that this can lead to death, he promised to stop! He told us that a "friend" had shown him how to do this, and just enjoyed the high that he got from the refrigerant.

He did stop inhaling refrigerant for quite a while (while still abusing other substances). For example, during the summer of 2009, he went through a period of inhaling gasoline daily for several months. That was a terrifying summer! (I will add more on this later...)

In 2013, almost nine years after the first refrigerant incident in our backyard, Matt was found dead on an air conditioning unit in the backyard of one of my neighbors. The friend that he had scared several years before ended up being one of the pallbearers that carried Matt to his grave.