Changing the Way We Think About Addiction 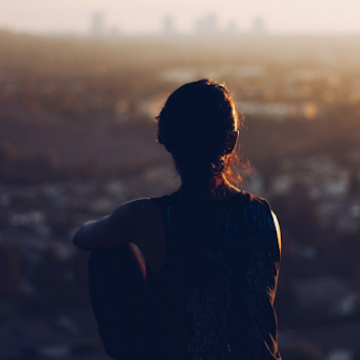 Addiction is an extremely prevalent issue in our country. 23 million Americans are currently addicted to alcohol and/or other drugs.ͥ Addiction can range anywhere from use of opioids to reliance on inhalants such as nitrous oxide or gasoline. The first everSurgeon General's Report on Alcohol, Drugs, and Health  ͮ ͥ was released in November and describes addiction as, "The most severe form of substance use disorder, associated with compulsive or uncontrolled use of one or more substances. Addiction is a chronic brain disease that has the potential for both recurrence (relapse) and recovery." Trying to break an addiction can be a long, tiring, and challenging process; recovery isn't as easy as flipping a switch.

According to The National Institute on Drug Abuse(NIDA), when someone is addicted and continues to use drugs, the brain adjusts to the excess dopamine by making less of it and/or reducing the ability of cells in the reward circuit to respond to it. This reduces the high that the person feels compared to the high they felt when first taking the drug - an effect known as tolerance. This effect can result in individuals to try to achieve the same dopamine high. It can also cause them to get less pleasure from other things they once enjoyed, like food or social activities ͥ ͥ because the over-stimulation of the reward system causes the intensely pleasurable "high" that can lead people to take a drug again and again.

Our country has seen a giant increase in drug abuse over the last 40 years. In America, we have the highest incarceration rate of any country in the world with a majority of the prison population being jailed for drug offenses.  Since the "War on Drugs" was declared by President Ronald Reagan's administration in the 1980s, the government has really cracked down in an effort to address the drug issue in the United States. The War on Drugs allowed for a giant increase of mass incarceration where the number of adults in prison, on probation, or parole has grown to over 7 million or 1 in every 31 adults.  Since the drug war began, more than 31 million people have been arrested for drug offenses. There are very few legal rules that actually constrain the War on Drugs. In the 80s police departments were given money and good equipment from the government, thanks to the Reagan administration. They set out to use their new equipment and wage a war against drugs. Thus, SWAT was formed. Search encounters with SWAT are not pleasant as they operate on a system with no-knock warrants and unannounced entry into homes. Military bases and resources were offered for the fight against drugs as well. Along with the benefit of all these resources and money, police were allowed to keep the property was seized. This aided the perpetual existence of the War on Drugs.  The result has been a boom in sentencing for drug offenses leading addicts to appear as criminals. Given this “war approach” to deal with the drug abuse problem in our country, in many peoples eyes it is simpler to lump addicts together with criminals and fight them rather than putting energy into trying to break this system where addicts and murderers are treated the same. The government's "solution" to America's drug problem has not achieved the results the Reagan's administration originally thought it would.

In contrast to the United States' approach, Portugaldecriminalized all drugs from marijuana to cocaine in 2001. ͥ ͥ ͥ There was great controversy surrounding this decision because the common thought people have is that if you decriminalize drugs, you're going to have more users because it allows for free reign. The results in Portugal, however, have shown otherwise. Since 2001, Portugal has seen a giant decline in drug use  ͮ ͥ ͥ ͥ and in HIV infections and drug related deaths. The dramatic rise in drug usage has not happened like many feared it would. The money that the government would have spent on incarceration and punishment was put towards treatment for addicts and their re-connection with society. For example they focused on job creation and micro loans so people could get their lives back. There is something to learn from this.

It has been just over 100 years since drugs were banned in the United States yet drug overdose and addiction still remain huge issues in our country. According to the Surgeon General's report, 27.1 million people were current users of illicit drugs or misused prescription drugs in 2015. In 2014, there was a reported 47,055 drug overdose deaths.ͥ ͮ  People are still using at a high rate. How can we as a society frame the issue of addiction in a way that allows us to help without criminalizing them? In an interesting TED Talk, Johann Hari offers a different solution to working with addicts and understanding drug use. He claims that, “The opposite of addiction is not sobriety. The opposite of addiction is connection.” ͮ  Hari argues that almost everything we think we know about addiction is wrong. What if addiction isn’t about chemical hooks in your brain? What if it’s about “your cage?” To help prove his point Hari brings up an experiment done in the early 1900s where rats were isolated in cages and given the choice between ingesting normal food and water or self-injecting drugs. The rats, 9 times out of 10 chose to take the drug, overdosed, and died. In the 1970s a scientist named Bruce Alexander saw this and proposed his own experiment, as demonstrated in this cartoon reel. What Alexander found was when you isolate the rats and only give them the two options, it's extremely likely they will choose the drugs. His proposal was for "Rat Park", a haven for rats with plenty of food, water, tunnels, colored balls, and other rats to play with. What he found in his experiment was when the rats had other things to focus on their attention on, they rarely used the drug and none of them overdosed. ͮ ͥ  By transferring this idea into human lives, we also have a strong and innate need to bond and connect. When people cannot find good bonds with each other because they are very isolated or traumatized, they will try to supplement those healthy connections with something that will give them some sense of release. ͮ  When people have healthy bonds with those around them and their environment, they tend to want to be present for those relationships. A big part of addiction is getting that high, escaping a life you can’t bear to be in. Looking at America’s approach of punishment to make addicts stop using, it can be quite obvious to see how this wouldn’t work. Not only are you taking away an emotional bond that addicts rely on, you’re also further isolating them from society.

We have made a choice (whether it’s conscious or not) as a culture to isolate ourselves. We spend more time on our phones than conversing with each other face-to-face. If you go to a restaurant and look around at other tables, people will be sitting together, but their attention is on their devices. Over time we have become a more materialistic society, giving up relationships with other people and forming bonds with objects. Over the last 50 years, the average number of close friends people claim to have has decreased and the amount of floor space in the average apartment has increased. We think we are very connected as a society with the advancement of handheld devices, but these have become pseudo connections. Have you ever been to an event where you were told to shut off your phone? The feeling of panic you might feel not being connected to your phone is similar to what addicts might feel when they’ve run out of their supply. We prefer stuff over friendships and connections. As the Surgeon General's report describes, “substance misuse problems and substance use disorders are not inevitable. An individual’s vulnerability may be partly predicted by assessing the nature and number of their community, caregiver/family, and individual-level risk and protective factors.” ͮ ͥ Because there are many factors that have an effect on addiction it seems extremely unproductive to pigeon-hole all addicts as criminals and treat them the same way. By looking at addiction as not only an individual recovery, but as a societal recovery, we could see our substance abuse problem dissipate like in Portugal. It is by no means easy to do this. Loving an addict can be very challenging, but an intervention with friends and family threatening to take away the bond they have formed with the substance is not the only way to address their problem.

Taking in all of this information one thing is clear, there is a different solution to helping addicts and bringing the amount of drug use and overdosing down besides mass incarceration. One key component we can learn from in Portugal’s success with their new policies for drug abuse is their emphasis on reconnecting addicts with society during their recovery. A lot of money and resources go into job placement and transitional efforts to help addicts. Because many have been in jail, they come out with criminal records. It is extremely difficult to find someone to hire you when you have a past conviction. While Portugal still kept traditional residential rehab and psychological therapy, they created a system for micro loans for small businesses where the government sets the person up with a job and agrees to pay half of their wages for a year so the individual can gradually transition back into society. In Portugal, addicts have admitted that by having these jobs, they feel as though there is a reason to get out of bed in the morning and they have rediscovered bonds with society. In our country, if we could take what we would spend on convicting addicts, and put that money towards rehabilitation efforts to restore their connection with society, the War on Drugs would look a lot different. Reminding addicts that they're not alone can be key to helping them win the battle against addiction and form healthy bonds and connections.