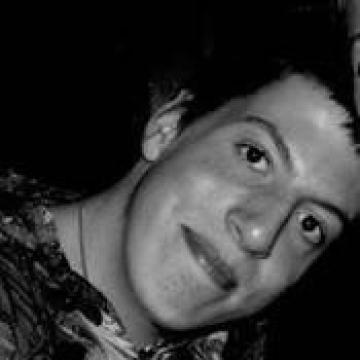 Tomorrow is the sixth anniversary of our son Justin's death. He was 16. He died from inhaling air freshener, an act of inhalant abuse. His senseless death rocked the worlds of all who knew him. Justin was an honors student who loved life and embraced it with gusto. Although he had been physically challenged since birth, he never once asked the question, "Why me?". He was a source of inspiration for many.

Over the years, we had discussed many things with our five children: drugs, alcohol, sexual responsibility. Regrettably, at one time I allowed my children to inhale helium from balloons. I laughed as they talked in that squeaky high voice. I did not understand the permissive message I was sending. Now, I do. The message that needs to be sent is that inhalant abuse is a serious problem.

The repeated refrain of parents who have lost a child to inhalant abuse is, "But we didn't know." All of us who have lost a child to this form of substance abuse hope that every parent will learn of and use the tools to warn their children about this deadly high. Children naturally think that "if it's in the house, it can't be that dangerous." But inhaling can kill (sometimes on the first instance), can cause organ damage and is highly addictive. It is a very real game of Russian roulette. And it cuts across every socioeconomic group.

Last year, Maryland Del. Tawanna P. Gaines and her administrative assistant, Pamela Powers (who lost her daughter Mackenzie to inhalant abuse), championed the enactment of a law that mandates public education regarding inhalant abuse. Mackenzie's Law is a huge step toward realizing this goal.

But there is more to be done. Studies show that when parents and teachers combine to educate children on abusive behavior, experimentation drops by at least 50 percent. Moreover, while teen drug and alcohol abuse is on the decrease, inhalant abuse is skyrocketing. According to the Office of National Drug Control Policy, by eighth grade, 29.2 percent of students admit to having used inhalants. By the 12th grade, 51.2 percent of teens have experimented with inhalants at least once. Over the past six years, more than 800 deaths have been linked to inhalant abuse.

Many people might assume, "Not my child. I don't want to give him or her ideas." That is a fantasy. This type of adolescent "recreation" knows no boundaries. Unless children are warned, every child is at risk. Kids see it in movies and television. It is portrayed as harmless and funny on YouTube or the radio. It is impractical if not impossible to lock up the hundreds of items in every home that kids inhale. But we can teach children that inhaling is not "harmless."

I will always be haunted by the question of whether Justin would be with us today had he known about the risks he was taking. Please, give your kids the chance that Justin and Mackenzie did not have.