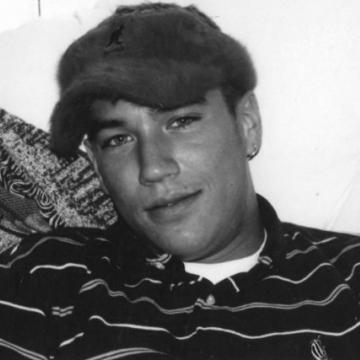 This is a story about a boy ... in many ways, just your typical high school boy. Growing up, David was warmly affectionate, respectful but mischievous, fun seeking, daring, and always willing to take a risk. He made friends easily, joined the Cub Scouts, was a conscientious student. Athletically talented, David enjoyed all manner of sports. He particularly excelled in baseball, played on a Little League champion team that went undefeated when he was nine years old, and carried his love of and talent for the game on through to high school. A popular young man, David displayed a humility and compassion for others that attracted friends from all circles.

When we discovered that David had been involved in a couple of incidents of drinking alcohol and smoking pot when he was 13 and 14, we reiterated our rules that alcohol and drug use was unacceptable, and imposed what we felt were appropriate consequences. As parents who spent our teen and young adult years in the late 60's and 70's, we believed that we would know the signs of serious drug use, and thought David's actions were just the experimentation that lots of kids go through. But we were wrong. With the urging of our older son Josh, we finally came to the realization that David's drug and alcohol use had escalated and we were at a loss at how to deal with it ourselves. In January of 2001, we sought professional treatment for David, by then 16, at a local drug and alcohol treatment facility. While tentative at first, Dave did well in the program. He attended therapy faithfully, participated fully in discussions, publicly acknowledged that he was struggling with addiction, and began participating in Twelve-Step meetings.

By the time school ended in early June, David was looking forward to the summer, finding a job, earning money to buy a car, and trying to win back some of our trust. But his continued desire to get high was very powerful, more powerful than we knew and, more importantly, than he knew himself. And so on a beautiful, warm, sunny Saturday the second week in June, he got up early, mowed the lawn, and asked if he could go out with friends. He ended up at the home of a friend, swimming in their backyard pool. At lunchtime, the girls went into the house to eat, but David and another boy said they wanted to go to a nearby fast food place. Instead, they went to a drug store and bought a can of computer duster. Months earlier, David had discovered he could get high by inhaling the propellant from computer duster and the chemical would not show up on drug screens routinely administered by the treatment facility.

The boys returned, got back into the pool, and began inhaling the propellant from the computer duster while standing in the pool's shallow end. In order to intensify the high, David began diving underwater while inhaling the propellant. After the third or fourth time, he didn't come back up. At first the kids thought he was just fooling around, but after a minute his friend pulled David out of the water while the girls ran for help. Paramedics arrived within minutes and began desperate attempts to revive him. They rushed him to a nearby hospital while continuing CPR. However, the toxic chemical in the propellant had frozen David's lungs and interrupted the electrical activity of his heart, putting him into cardiac arrest. After almost an hour of life-saving efforts, after being assured by the doctor in the emergency room that they had done everything they could, we did one of the hardest things a parent will ever do - we asked the team to stop, and they did.

Two weeks before David died, we had a suspicion that he was inhaling computer duster. When confronted about it, he denied it vehemently, declared that he knew how dangerous it was, and vowed that he would never do something so stupid. Exasperated, we asked, "David, where are you going with all this, what are you doing with your life?" With all the earnestness of his 16 years, he replied, "I want to do something with my life. I want to be a doctor like my grandfather. I want to make a difference." In sharing his story, we believe David is making a difference.