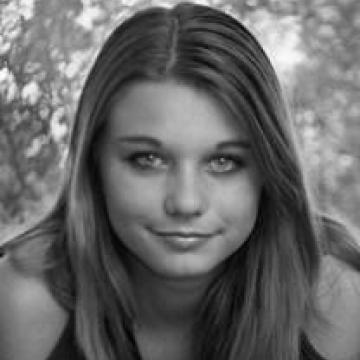 Our daughter Aria was a vibrant young lady who made those around her feel loved and valued. She was academically gifted and extraordinarily creative and talented, one who balanced her rigorous class work with a flurry of interests, such as drawing, writing, singing, acting, ice skating, fencing, skiing, water skiing, rock climbing, and socializing with friends and family. She was known for her kind, sensitive, funny personality and for being a fiercely loyal and protective friend. As she neared her 14th birthday, she glowed with endless potential and the promise of an interesting and exciting future.

That future was destroyed on March 18, 2013 when she died instantly while experimenting with huffing. Her cause of death was Sudden Sniffing Death Syndrome (SSDS), meaning the chemicals from a can of computer duster froze her lungs instantly and put her into cardiac arrest. She was found approximately an hour later, with no chance of being revived.

From the time she was little, Aria had been well educated about the facts and dangers of all kinds of drugs, or so we thought. We raised both our daughters with open and honest communication, engaging in comprehensive discussions of important topics like substance abuse to make them as safe and prepared for the world as possible. We covered alcohol, tobacco, marijuana, cocaine, speed, heroin, ecstasy, designer drugs, prescription drugs, and inhalants such as paint and glue. But we didn’t educate them about huffing, about one of the deadliest forms of substance abuse in existence, and perhaps the most popular drug used by kids in exactly Aria’s age group. We didn’t tell them about it because we didn’t know about it. Most adults are unaware of the prevalence and lethality of huffing, and many, like us, learn about it once it’s too late.

Somehow Aria was introduced to huffing and was told it was an easy and harmless way to have fun. We believe, because she had not been warned about it by us, it did not register as a danger and the thrill-seeker part of her personality made a horrible choice. Instead of living the adventure of her life, Aria’s story will continue by us telling her story and hopefully preventing others from a similar, tragic end.