The Facts About Food Poisoning 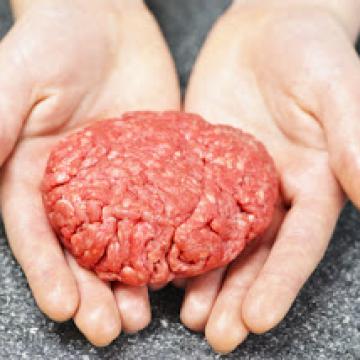 Each year more than 48 million people in the United States catch some form of food poisoning. This amounts to roughly one in six Americans. What makes these figures particularly frustrating, is that many of these cases can be avoided if more people had a better understanding of this health risk. Therefore, we would like to share five vital facts regarding food poisoning and how you can combat these risks with proper cleaning and use of products.

1. What is it? - To start with, food poisoning is not one single disease. Rather it is an umbrella term for over 250 different conditions that result in a common set of symptoms. These include, but are not limited to, nausea, vomiting, diarrhea, painful stomach cramps, and fevers. The most common the type of food poisoning is the norovirus. This virus causes 19-21 million infections per year and is extremely contagious. Furthermore, Salmonella is a type of bacteria that infects roughly one million Americans annually. In addition to viral and bacterial infections, some foodborne illnesses, such as giardiasis, are spread via parasites. Though not as common, these can be quite dangerous to potential hosts.

2. What is its impact? – The costs of food poisoning are quite clear. Over 128,000 cases cause hospitalizations and approximately 3,000 result in death. The risk is particularly high for young children, the elderly, and those with compromised immune systems. Even in less serious cases, the symptoms often continue for days and can often cause those who are ill to miss significant amounts of work or school.

3. When is it serious? – Although symptoms and severity can vary from person to person, one should seek medical attention if he or she experiences any of the following symptoms.

-Frequent episodes of vomiting and inability to keep liquids down
-Bloody vomit or stools
-Diarrhea for more than three days
-Extreme pain or severe abdominal cramping
-An oral temperature higher than 101.5 F (38.6 C)
-Signs or symptoms of dehydration (excessive thirst, dry mouth, little or no urination, severe weakness, dizziness, or lightheadedness)
-Neurological symptoms such as blurry vision, muscle weakness and tingling in the arms

4.    How is it spread? – Typically, these illnesses are spread due to the consumption of food or beverages that contain traces of fecal matter. Unfortunately, this issue is far more widespread than many people assume. As most people know, raw meat, can be particularly dangerous. However, consumers should also exercise caution when preparing vegetables, seafood, and eggs. Furthermore, it is important to note that many diseases that are commonly contracted through poorly prepared food can also be transmitted through other means. Some examples include contact with contaminated water and certain animals.

5. How can it be avoided? – Fortunately, foodborne illnesses can generally be avoided with proper foresight and product use. Perhaps most importantly, people should wash their hands and sanitize their cooking space prior to preparing their food. If ignored long enough, surfaces such as kitchen tables and counter-tops can become a surprisingly notable source of harmful microbes. This is quite critical for those who have recently come in contact with either animals or sick individuals. Furthermore, vegetables should be thoroughly washed, peeled, or cooked before consumption. And while most people understand that it is important to fully cook meat, some misinformation still exists. For example, the practice of rinsing off raw meat before cooking it is not only ineffective, but actually increases the risk of cross-contamination. Additionally, many foods can become contaminated if left unrefrigerated for too long. This can include many foods one may not expect such as rice and pasta. Lastly, those who catch a foodborne illness should attempt to stay hydrated in order to replace the lost fluids and if prescribed by a doctor, should take medication such as antibiotics.

Overall, food poisoning poses a very serious risk. However, this does not mean that it is inevitable. With proper care and sanitation, the risk of infection can be significantly cut down. Indeed if information on this issue was more widely known, one of the county’s largest public health issues could be greatly mitigated. Therefore, we certainly hope that you will spread this information as much as possible. For more information on this topic, visit www.stopgerms.org and http://www.cdc.gov/foodsafety/index.html.